In charge of the management, maintenance and modernization of the Panama Canal, the Panama Canal Authority (ACP) recently launched a competitive tender to replace their aging ROVs. Subsea Tech was awarded the contract to supply 2 Tortuga ROV units fitted with several accessories and sensors.

The Panama Canal is 77 km long and crosses the Isthmus of Panama in Central America, connecting the Pacific and Atlantic Oceans. It is fed by Lake Gatún, whose water is used to fill/empty several successive locks located at the junctions with the 2 oceans. The fluidity of ship traffic in the canal is therefore directly dependent on the proper lock operation. As part of its responsibilities, ACP must regularly inspect the infrastructures - integrity of the lock gates, presence of debris, structural condition of pipes and valves feeding the locks - in order to maintain them in optimal operational conditions.

The Tortuga is a lightweight and compact ROV offering the capacities of an inspection-class vehicle and capable of operating in highly variable current and visibility conditions. Its large payload capacity allows the simultaneous integration of numerous accessories and sensors, such as imaging sonar, USBL positioning system, manipulator, etc. It is therefore perfectly suited for the inspection missions expected by ACP.

A team of 8 people from ACP participated in April 2021 in a training provided by Subsea Tech and its local partner Robotic Subsea Services (RSS), specialized in ROV services in panama and sub-region.

The involvement of our local partner was crucial, especially during the training with the customer. Thanks to its experience, RSS is able to provide fast and quality after-sales service and technical support in response to customer requests. 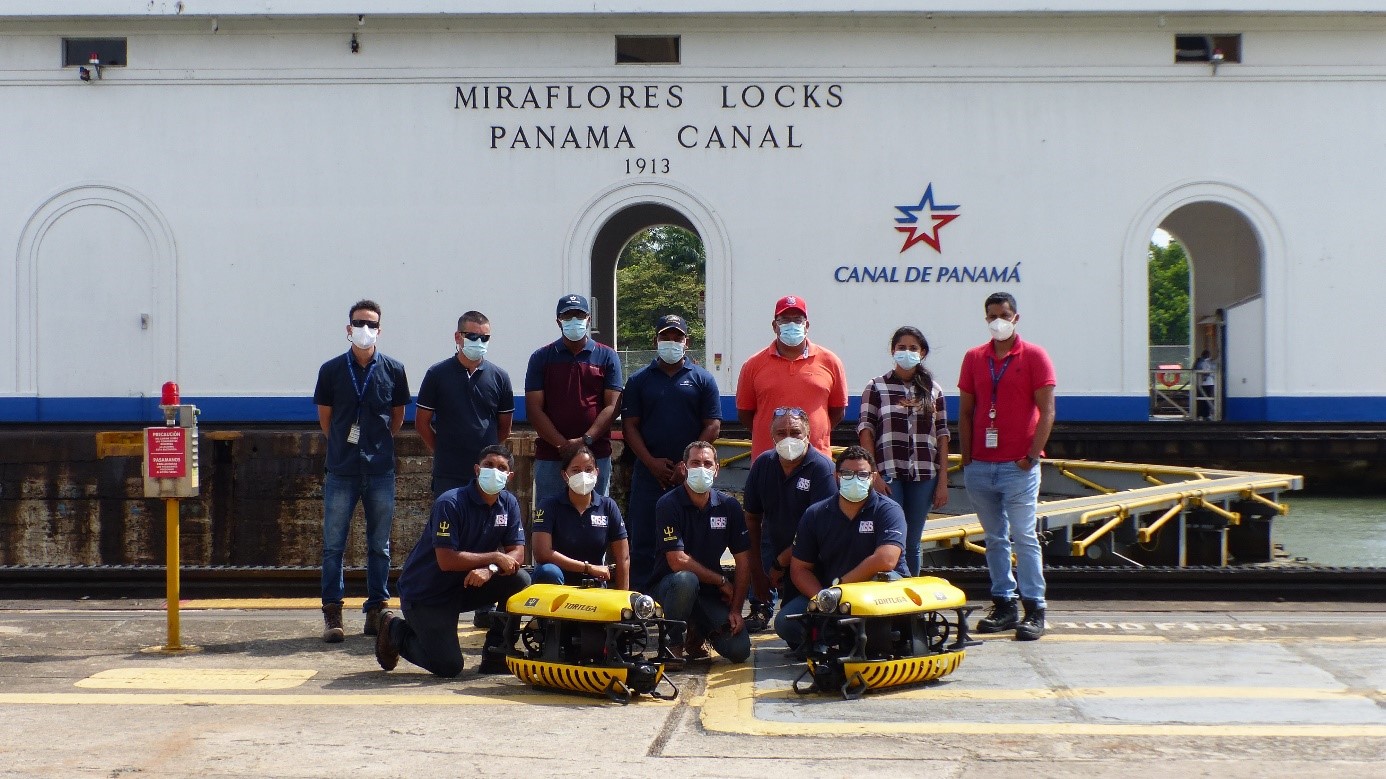