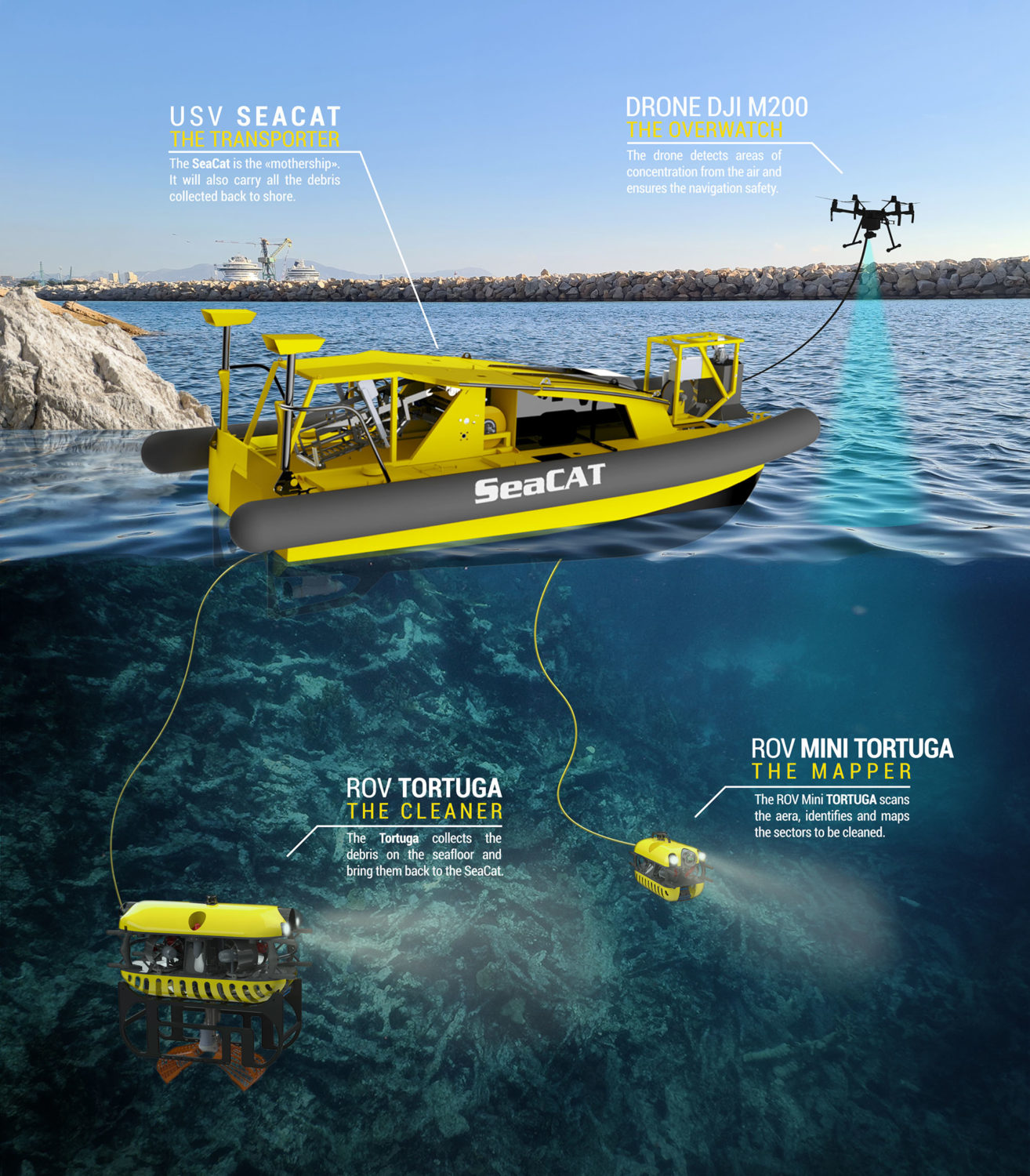 The SeaClear project aims at automating the process of searching, identifying and collecting marine litter, using a pack of autonomous robots working together.

Developed by Subsea Tech, the USV SeaCAT, equipped with a multibeam echosounder, scans the seabed in order to produce a 3D bathymetric chart which will be used as a base map for the waste-related data collected by the 2 ROVs and the aerial drone. This map will also be used to add all the other information on waste transmitted by the other drones. The most voluminous debris are detected directly thanks to the bathymetry. The SeaCat also serves as a “mother ship”: it deploys and reintegrates the other robots once their mission is completed. These robots are powered and communicate with the USV via cables. They are all driven via a single control interface. The computing resources required for the detection, control and artificial intelligence components are also hosted by the SeaCat.

In shallow areas and when visibility allows it, an aerial drone (UAV) searches for waste from the sky. Larger accumulations of litter can be identified and used as a base for the more detailed search by the underwater robot in the next step. A correlation between surface and underwater trash accumulations is also studied. In turbid waters, the drone remains useful by scanning the surroundings for obstacle avoidance.

A Mini TORTUGA ROV is deployed from the USV and inspects the seafloor for smaller debris. It uses a multibeam imaging camera and sonar, as well as possibly other sensors such as a metal detector. The identified litter is then located on the reference map. Debris are identified using artificial intelligence and deep-learning object recognition techniques. These systems are programmed to differentiate trash from marine species and thus ensure that the system does not miss the target.

A larger ROV, the Tortuga, is equipped with a gripper specially designed for this mission and collects each piece of waste marked on the map. The gripper is equipped with a suction device that allows the garbage to be picked up in difficult circumstances, such as when it is among the underwater flora. The detritus is precisely grasped and then picked up. Here too, deep-learning and artificial intelligence are used to plan trajectories and control the movement of the collection ROV.

A collection basket is deployed from the USV and then progressively filled with the waste collected by the Tortuga ROV. The opening of the basket is specially designed to ensure an efficient interface with the grapple and to prevent floating waste from escaping. The basket is also equipped with a system allowing the ROV to position itself in relation to the opening. 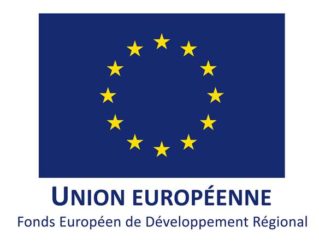 This project has received funding from the European Union’s Horizon 2020 research and innovation programme under grant agreement No 871295.