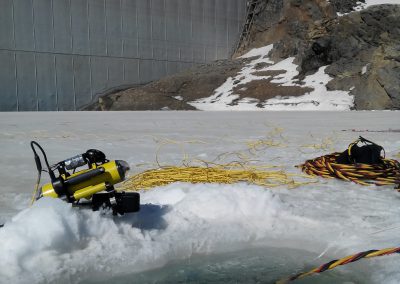 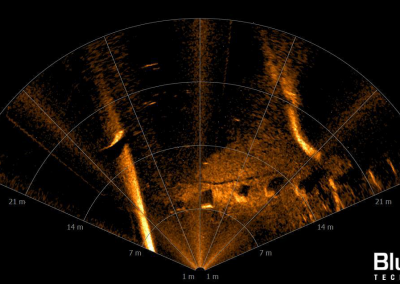 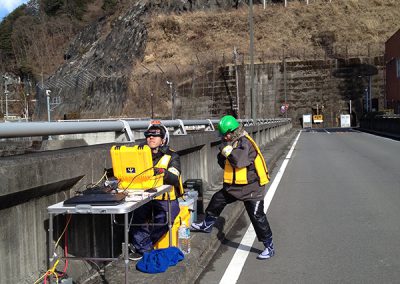 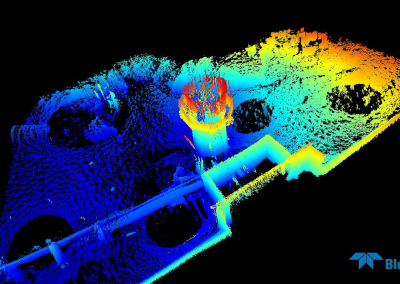 ROV inspections on the Lavalette dam

FUGRO subcontracted Subsea Tech for the implementation of underwater inspections by ROV on the Lavalette dam in Haute-Loire county, as for a contract awarded by Saint-Etienne Métropole. The mission focused on the inspection of the upstream dam wall, outflow pipes (DN 1100, 1000, 800 and 500), the plunge pool, bypass pipes and the high level alarm well. Most of the inspections were carried out with our Tortuga ROV, equipped with several sensors including an Oculus M750d multibeam sonar (acoustic camera for assistance to ROV and structure identification), an Imagenex 831-A profiling sonar (identification of pipe ovalization) and a Cygnus ultrasonic probe (pipe wall thickness measurements). The alarm well was inspected using the more compact Guardian mini-ROV, mainly due to dimensional constraints. 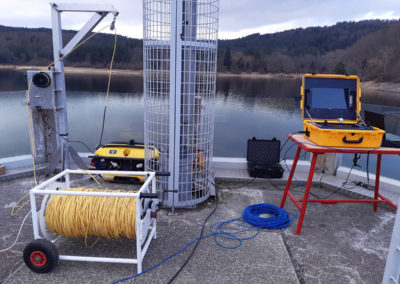 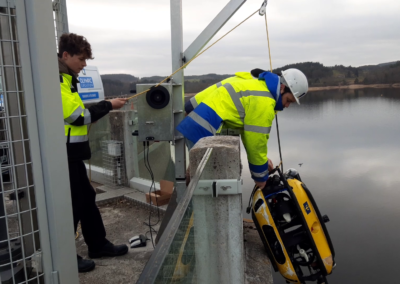 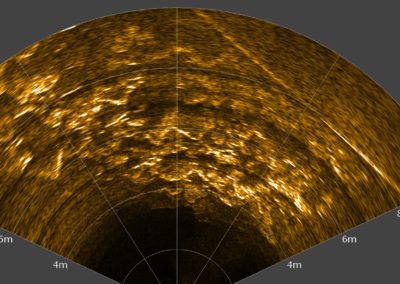 Inspection of 3 dams on the Oum Errabiâ river

Several years after its last mission in the country, Subsea Tech was mandated by Tractebel, a subsidiary of ENGIE Group, to carry out visual and sonar inspections, above and underwater, of 3 dams located on the Oum Errabiâ river, south-west of Casablanca: Imfout, Daourat and Sidi Said Maachou.

The underwater inspections were conducted with the Guardian mini-ROV equipped with a Blueprint Oculus M750d multibeam sonar, very useful due to the low visibility conditions caused by the water turbidity on the 3 sites. Inspections above water were carried out from a small semi-rigid boat equipped with an electric motor.

Inspections occured both on the upstream and downstream parts of the dams and focused on the intake screens, dam walls, inverts, cofferdams and spillway gates. At the same time, the use of the mini-ROV allowed assessing the silting level at the head and foot of the dam, by comparison between the theoretical depth of the inverts and the real depth observed (with the pressure sensor on the ROV). For the aerial parts, the inspections focused on the civil engineering conditions and on the evaluation of the water level in the spillways (thanks to a piezometric probe). 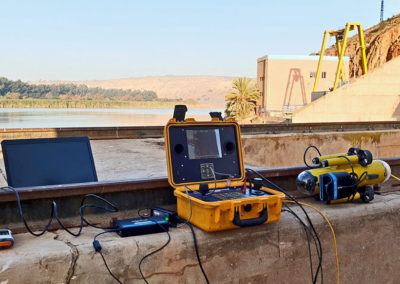 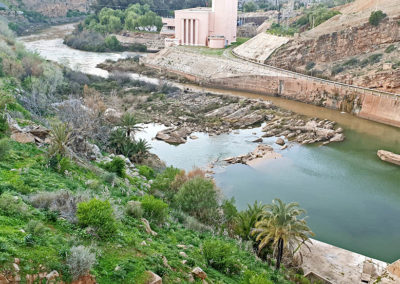 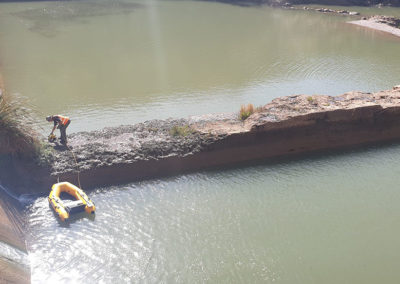 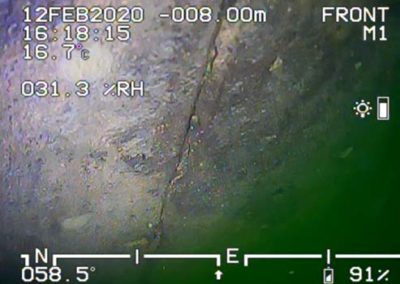 Visual and sonar inspections by ROV on the Génissiat dam

The company O’CAN, specializing in underwater works, called upon Subsea Tech several times in 2019 for various missions on the Génissiat dam, operated by the Compagnie Nationale du Rhône (CNR). The first mission consisted in inspecting a valve plug as well as a DN500 pipe on a linear of approximately 15m at 45m depth. The CNR wanted to confirm the good condition of the elements following work carried out by divers from the O’CAN company. The compactness and lightness of the Guardian mini-ROV used for this mission allowed a deployment from the top of the dam, overhanging the surface by about 12m.

The second mission was to control the pumping of sediments at the foot of the upstream gate of the dam’s bypass channel. This intervention required the use of a Guardian mini-ROV equipped with an Oculus M750d acoustic camera, the latter being essential due to the high turbidity of the water and the large surfaces to be inspected. The large horizontal aperture of the sonar (130°) combined with its long range (up to 120m distance) allowed visualizing the entire inspection area without moving the ROV. The inspection was carried out twice a day, during the pump stops, in order to check the pumping efficiency.

In 2016, Subsea Tech carried out for the DTG (General Technical Division) of EDF  the 3D modeling of a water penstock at the Passy (74) hydropower plant. The modeling was conducted with a 3D laser scanner ULS-200 from 2G Robotics mounted on a motorized cart equipped with an odometer developed by Subsea Tech. The laser scanner allowed reconstructing real-time in 3D the structures above and below water with a millimeter resolution, in order to control with a very high level of accuracy some dimensions on the structures. 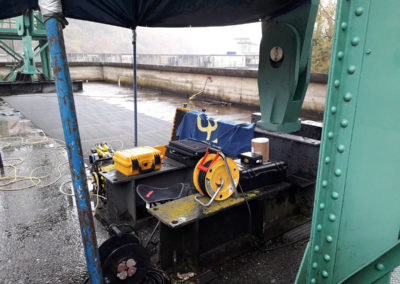 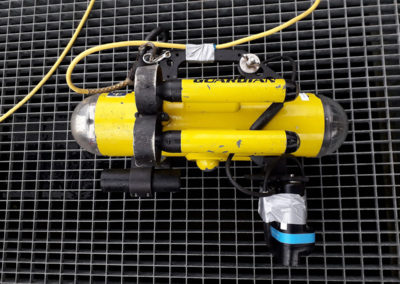 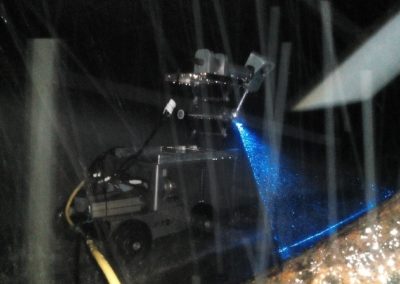 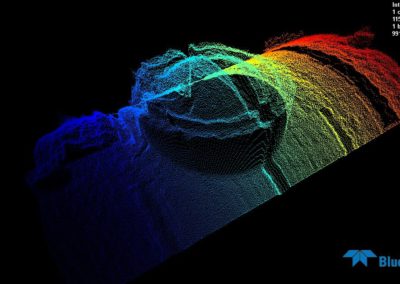 TRACTEBEL – Saint-Georges-de-Noisné (79): Inspection by mini-ROV and sonar of the Touche Poupard dam

Hubble Aerial Data – Ghisoni (2B) : Bathymetry and underwater inspection on the Trévadine dam

And more than 40 other references with public and private clients