Today’s oceans contain 26-66 million tons of waste, with approximately 94% located on the seafloor. So far, collection efforts have focused mostly on surface waste, with only a few local efforts to gather underwater waste, always involving human divers. No solution exists that exploits autonomous robots for underwater litter collection. A team of researchers at TU Delft, in a consortium of eight European partners from Croatia, France, Germany, and Romania are working on the development of autonomous robots for underwater littler collection. 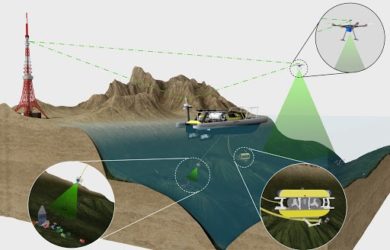 The SeaClear project will build a mixed team of unmanned underwater (ROVs), surface (USVs) and aerial (UAVs) vehicles to find and collect litter from the seabed. The project plans to use aerial vehicles to study the correlation between surface and underwater litter. The underwater vehicles will be fitted with special suction grippers for both small and large waste. The system developed will be demonstrated in two case studies: one in port cleaning (with end-user Hamburg Port Authority), and the other in a touristic area (Dubrovnik – with end-user DUNEA). As a reknown underwater and surface drones manufacturer, the SME Subsea Tech integrates the consortium together with the two end-users and four academic institutions with complementary expertise in underwater and aerial robotics, sensing, mapping, and control. SeaClear received €5M funding from the European Union’s Horizon 2020 research and innovation programme under grant agreement No 871295.